Special Page: Comprehensive and integral international convention to promote and protect the rights and dignity of persons with disabilities

State Parties (Japan) Report and Parallel Report,
Review by the Committee of the Rights of Persons with Disabilities (CRPD) 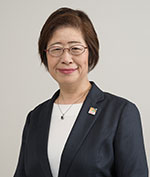 Video – International Sign
Chapter 1. Signature and Ratification of CRPD by the Japanese Government
(starts at 00:48)

In 2011, the Basic Act for Persons with Disabilities of Japan was amended, and it specified the words as “language (including signs)”. It gave an official recognition that spoken Japanese is not a sole language of Japan. With the acknowledgement of ongoing discrimination against persons with disabilities, the Act for Eliminating Discrimination Against People with Disabilities was enacted in 2013. The act states the public administration is obliged to eliminate the discrimination. It was the non-binding obligation for private companies, now it turned to be the obligation.

Since 2010, JFD claims the sign language legislation in Japan, and continues working with it.

We, the DPOs, also carefully review the government report, to see if the explanation is accurate and correct. When we find the superficial description in the report, we will point it out and report it through parallel report.

3. List of Issues (LoI) by CRPD & Lobbying for LoI

I will go on to the List of Issues (LoI) by the Committee, and the lobbying during the session.

What is lobbying? Reaching out to the Committee members. We, the lobbyists, directly contacts and communicate with the Committee members, to inform them of the current situation of the domestic laws which are yet to be fully enhanced, to provide different perspective and assessment from the government report.

For example, about the issues of the deaf people, education using sign language in deaf schools are instructed by teachers who do not have expertise in sign language, and oralism is still widely adapted. Dispatch system of sign language interpreters and their working conditions have much to be improved. We inform the Committee members of a range of barriers in the access to information. We use Japanese sign language, and it will be translated into spoken English.

After the committee members obtained such information, they check the government report and list up the key points, and submit LoI to the Japanese government, to further ask about these issues. Thus the lobbying plays an imperative role.

Next, I will go on to the LoI by the Committee.

CRPD has thirty-three articles. In relation to these articles, we submitted a request to the Committee to include issues on sign language in the LoI.

Articles 1 through 4 cover the objectives and definitions in CRPD. Sign language has an equal status with spoken language, and recognized as language. The use of sign language should be ensured in every aspect of living, not just a limited part of it. Not limited to the field of education, labor, and medical care, use of sign language, as a right, should be ensured in every field of our living. This is needed to be a recommendation to the Japanese government- we requested to the Committee members.

Article 21 states that the freedom of expression and opinion, and access to information should be ensured. In case of emergency, hearing people can access information they need and interact with it at any time and any place, so that they can be less prone to the troubles.

For instance, when we use public transportation such as Japan Railway, bus, and airplane, we need to process a lot of information. When we come across accidents, and the related information flows in. We need to obtain the information without flaws, and understand what is says. We never know what happened as long as the access to information is stumbled. We will be left behind from the hearing people.

Home appliances are often designed solely for hearing clients, failing to include deaf clients. Deaf clients are not their priority, and this often happens to people with different disabilities. Freedom of expression should embrace every person with disabilities. So we requested to the Committee to include recommendation to organize the laws, to the Japanese government.

5. Written response to LoI from the State Parties

Video – International Sign
Chapter 5. Response to LoI from the State Parties
(starts at 12:56)

Now I will go on to the response of the Japanese government to the LoI. The Committee inquired the government what the procedure of an official inclusion of sign language into an article of a law on a national level. The government replied with two instances.

First, the government states the Basic Act for Persons with Disabilities was amended in 2011 so as to include sign language in languages. And the government says they are under preparation with an aim to guarantee the measures for communication and to provide its options to all the people with disabilities.

Parallel Report No. 2 – In 2019, JDF submitted our first parallel report to the Committee. Later, the Committee sent the LoI to the Japanese government, and they sent their reply. Then the constructive dialogue between the Committee and the Japanese government was scheduled in 2020, but it has been postponed due to the COVID-19 pandemic, as you know. The pandemic also revealed the failure and deficiency in the organization of the legislations, and we added our findings in our second parallel report.

Here are the items and issues we are hoping that the Committee recommends to the Japanese government: First, the enactment of the sign language act is essential, to ensure we can use and access in sign language without restraint in any areas of our living. Second, the sign language act will lead hearing people, particularly parents with deaf children and their educators to the appropriate understanding of deaf people and sign language.

We would like the Committee to recommend to the Japanese government to organize such environment, so we included this issue in our second parallel report. Through the discussion after discussion by the JDF members, the opinions and ideas of the DPOs were organized and finally resulted in the parallel report.

Video – International Sign
Chapter 7. Constructive Dialogue between the CRPD and the State Parties
(starts at 18:08)

Constructive Dialogue between the Committee and the Japanese Government – The constructive dialogue, which was supposed to be held two years ago, has been postponed due to the COVID-19 pandemic. We were eager to know the new schedule. Now the constructive dialogue was rescheduled to August to September 2022, and will be held in Geneva, Switzerland. We are going to the lobbying.

Some of the replies by the Japanese government did not convince us, and we will provide information to the Committee members about the undeveloped legal system. We are going to work on the Committee members to recommend the Japanese government on the enactment of the Sign Language Act and the Access to Information and Communication Act. We will work hard and lobby, for the protection of the life of deaf people, from children to seniors.

Concluding Observations by the Committee – Recommendation to the Japanese government

When the Sign Language Act and the Access to Information and Communication Act is successfully included in the recommendation, our mission is completed? – No, it isn’t. The Japanese government is responsible for accepting the recommendation, and organizing the laws.

In the next round for the CRPD review, we are also demanded to identify new issues and lead them into the solution. When society see its changes, new issues will be emergent. For instance – how about COVID-19? Before and after the pandemic, so many things have changed, and these changes brought many issues. For example, there were some cases that deaf people are refused to be admitted to a hospital during the pandemic, for there were no medical doctors nor nurses who know sign language and they were not able to communicate with deaf patients. Deaf people are left vulnerable. Their health and life are not fully protected. The review of the laws is the must.

As situation changes, new issues and challenges emerge. Organization of the legal system is essential for the solution of such issues and challenges. The laws should be amended each time they face the new issues. JFD collect your voices, demand the government to organize the laws, and lobbies to the Committee. JDF also collect voices of the DPOs, bind the ideas, be united, and lobbies to the government and the Committee.

News on our efforts concerning the Convention on Persons with Disabilities