President and the Secretariat of ICSD visit Japan (January 20th through January 23rd, 2020)

Posted on February 5, 2020 in sports and Deaflympics, Japanese Deaf News

International Committee of the Sports for the Deaf (ICSD, the governing body of international deaf sports and organizer of the Deaflympic Games, had its 47th congress in Italy, from December 9th through 11th, 2019. The Congress elected Mr. Kang Chen（陳康）from Taiwan for the new president of ICSD. Mr. Chen is the first ICSD president from Asia.

With an aim to discuss ICSD reform as well as to strengthen the relationship between the Japanese Federation of the Deaf (JFD) and ICSD, JFD invited Mr. Chen and the CEO, Mr. Dmitry Rebrov to Japan from January 20 through January 23, 2020. Mr. Chen has successfully led 2009 Summer Deaflympic Games in Asia, held in Taipei, Taiwan, while the deaf sports has been historically initiated by European countries. JFD is determined to be committed to the further development of deaf sport, by working with the ICSD and the chairperson of the ICSD Reform Committee.

Mr. Chen also visited and discussed the bid of the 2025 Deaflympic Games in Japan with the executives: Mr. Yoshihide Suga, Chief Cabinet Secretary; Ms. Seiko Hashimoto, Minister for the Tokyo Olympic and Paralympic Games; Mr. Seiichi Eto, Minister of State for Special Missions and Chairman of the Parliamentary Association for the Promotion of the Deaflympics in Japan (PAPDJ, *); Mr. Hiroshi Hase, General Secretary of PAPDJ; Ms. Yuriko Koike, the Governor of Tokyo; Mr. Yohei Sasakawa, Chairman of the Nippon Foundation; officials from the Japan Sports Agency, Japanese Olympic Committee, Japanese Paralympic Committee, and Japan Association of Mayors on Sign Language.

<last day of the visit> report of the visit by Mr. Chen, ICSD President
– Gratitude to the recommendation of a delegate from Japan to the ICSD Reform Committee
– Anticipation of the 2025 Deaflympic Games in Japan 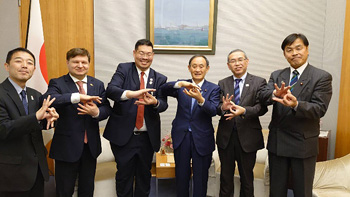 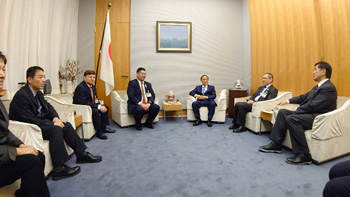 <visit> Ms. Seiko Hashimoto, Minister for the Tokyo Olympic and Paralympic Games; Member of the House of Councilor 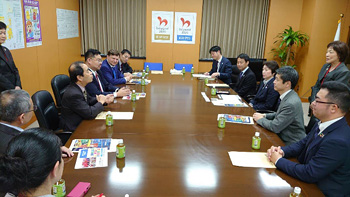 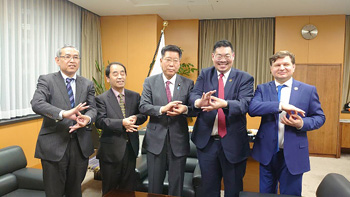 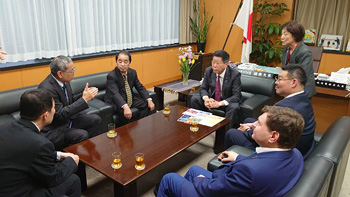 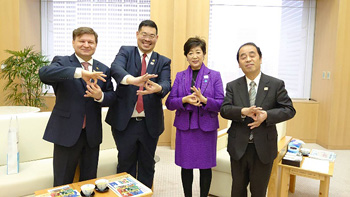 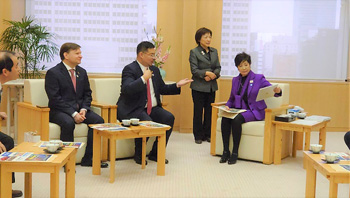 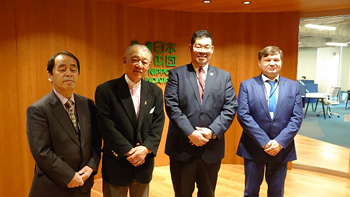 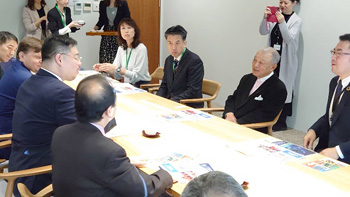 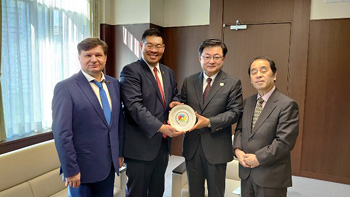 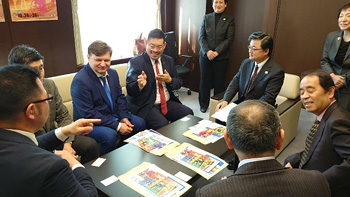 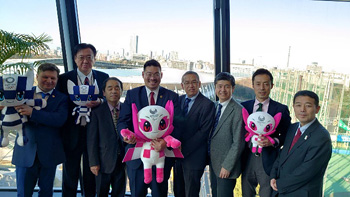 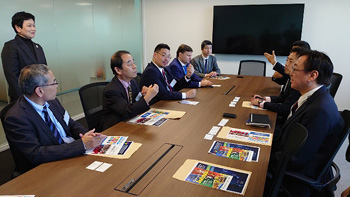 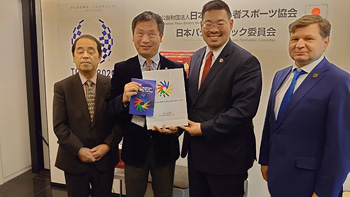 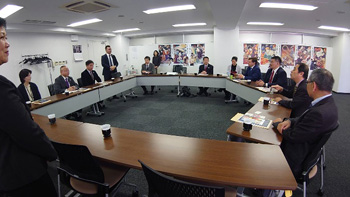 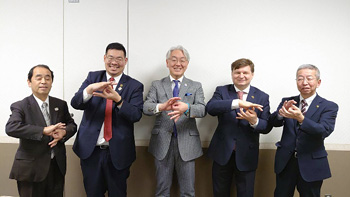 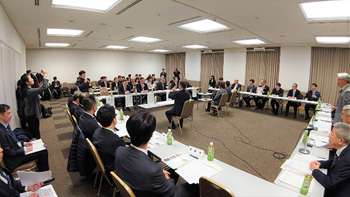 <visit> meeting of the Support Team to Advocate for Hosting Deaflympic Games in Japan; visit to Japanese Federation of the Deaf 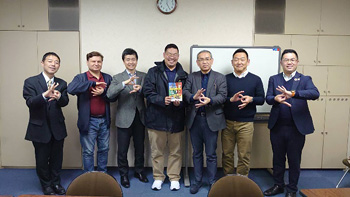 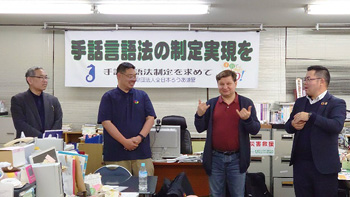 This entry was posted in sports and Deaflympics, Japanese Deaf News. Bookmark the permalink.